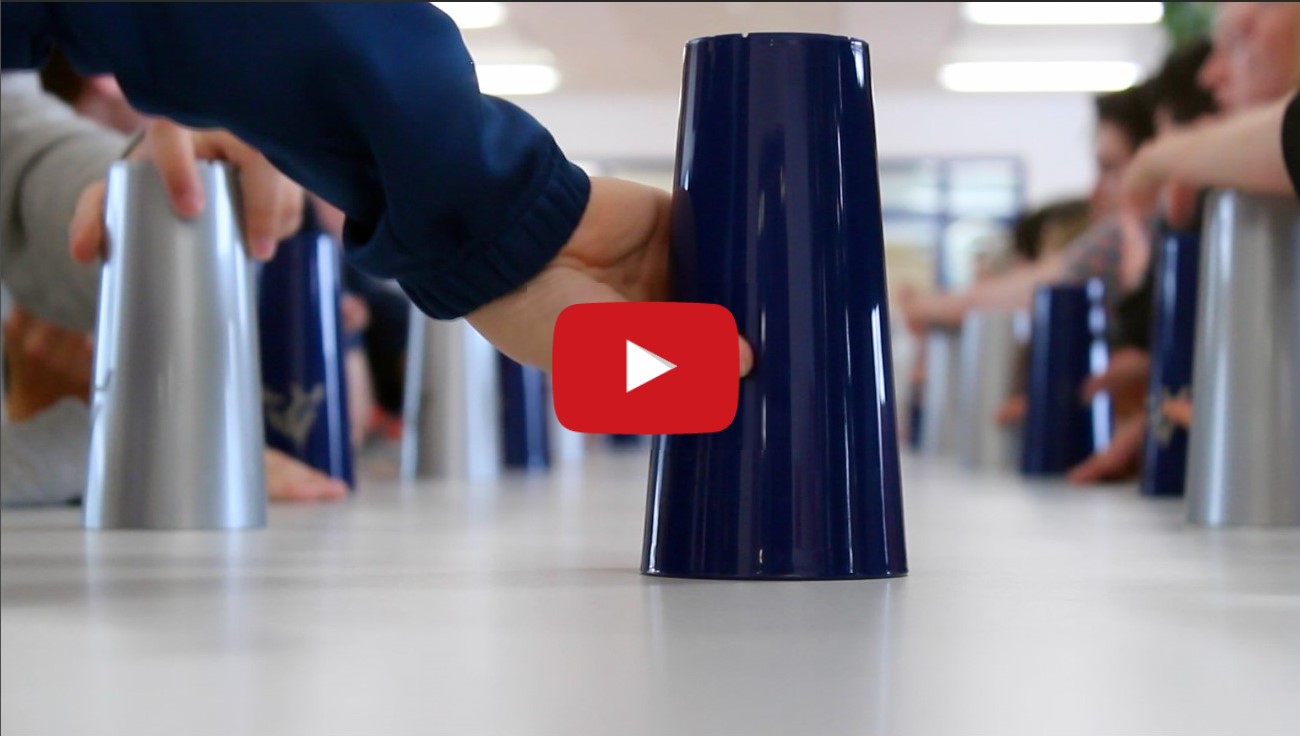 On Monday, we had to go to school together with our Italian and Dutch partners. After arriving at school, we took our friends to the first lesson. After that, we went on a short guided tour of our school and showed everything to the Italian and Dutch students. 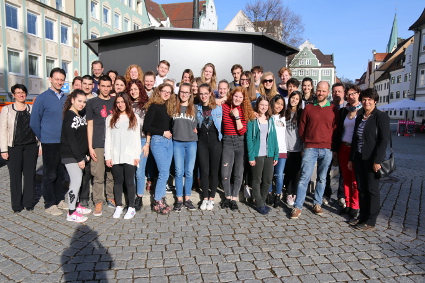 The headmaster of our school greeted us, too. After the school tour, we organized a small game called “Bavarian Olympic Games”. We tried out different typical Bavarian games, for example “Fingerhakeln” or “Masskrugstämmen”. 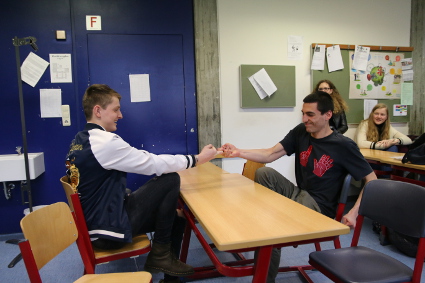 After the lunch at school, we enjoyed a guided tour in the basilica of Kempten and an official greeting of the mayor of the city. In the afternoon, we had some free time, so most of us went to the city center. We showed to our friends a couple of famous buildings in the city. We met at 6 o´clock at the billiard center. We spent the whole evening there and played billiard and darts. It was a good opportunity to get to know each other a little bit. After the game, all of us went home because it was already late.

The day started in school at 7.45 p.m.. Everyone was very tired and the motivation was still sleeping. But we knew that we had to show the experiments to our guests and so we started preparing. While on duty our brain began to wake up. Our guests were separated into two Italian and two Dutch groups, so the Germans showed every little group their experiments. We had a lot of fun explaining our experiments and discussing the reasons for the processes we could see. 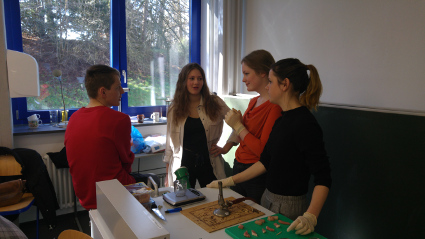 After the German experiments it was the time for the Italians. Now the small groups were two Dutch ones and two Germans. That was very interesting because the way of doing the experiments differed. It was fun but exhausting to listen and to understand each experiment so we were happy to have our break then. 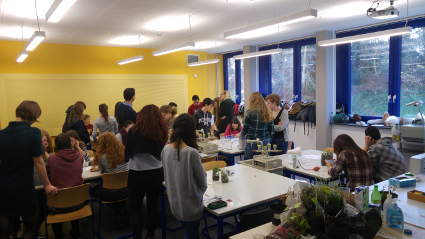 After that the same happened with the Dutch experiments and again we were happy when the bell rang for the lunch break. We had lunch in our school and after that we walked up on a small hill (Jägerdenkmal) to relax in the sun.
The plan for the afternoon was to visit the hydroelectric power station. 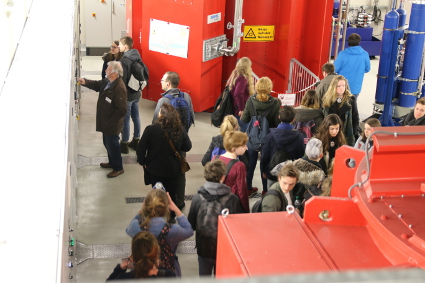 Over there we had a guide who showed us the station and told us some facts about the system. We also had the chance to visit the building’s inside and it was very exciting to see the river “Iller” from such a perspective. Later most of us visited a shopping center in Kempten.
All in all it was a great sunny but exhausting day and we spent the evening at home with the families.
I want to thank everyone for the great time we had in that week, especially the teachers for the outstanding organization and the time they spent with us.

And finally, it was here. The day we were waiting for very enthusiastically. On Wednesday, we showed our Italian and Dutch friends the “Oktoberfest-City”, Munich. We departed from the train station in Kempten at 9 o´clock. At noon, we had a guided tour in the museum called “Deutsches Museum”. At first we visited the part about the environment. There we learned a lot of interesting things related to global warming. Then we looked at a presentation about energy technology. The motivating thing was that we had a “quiz” during the guided tour. For this quiz, we had to make small groups and during the presentation, we had to answer different questions related to global warming and the environment. The winner group got a Fairtrade, BIO, and vegan chocolate at the end. After 30 minutes, in which we could have a look at other things in the museum, a show about electricity was presented to us. Having visited the museum, we engaged in some window shopping (or actual shopping!) in Munich in small groups with our Italian and Dutch visitors. We spent this time to look at different shops or to buy some souvenirs for the relatives of our Italian/Dutch friends. We met at the Stachus in the early afternoon and went to a typical Bavarian restaurant to show them the prototype of Bavarian meals (Schweinebraten with Knödl and Blaukraut) in the evening. We were placed in a small wood house in a Biergarten, so the location was perfect to create a “Bavarian mood”. After the exhausting day, we took the train at around 8 o´clock and travelled back to Kempten.

After the adventurous day in Munich, it was back to business: accostumed to the liberty and fun of the previous day, at first the thought of spending the whole day at school working felt like a real burden. But what we thought would be a long, exhausting day turned out to be a very interesting presentation of our workshop for one of our fellow classes. We selected our most entertaining experiments to build this workshop with one main goal in mind: reach out to other people of our generation and make them, even if only a little, but a bit more conscious about the environment. This is after all goal of our programme. In the afternoon we had the opportunity to visit the University of Applied Sciences in Kempten. Professor Dr. Müller showed us some interesting labs and we´ve learned many things about heat pumps and solar cooling. 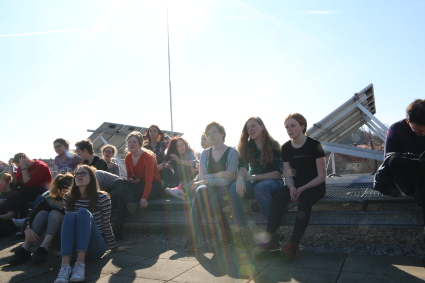 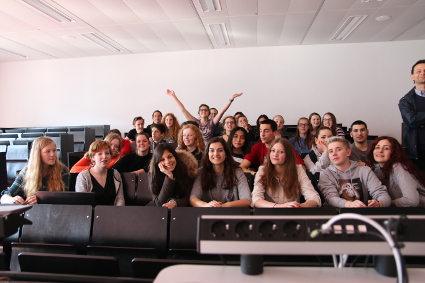 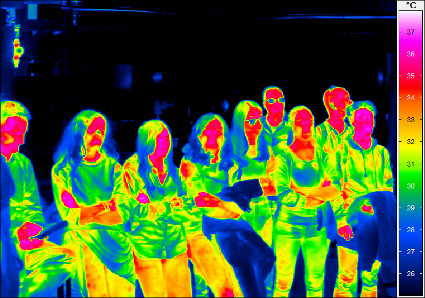 Nevertheless, the hard work demanded some celebration in the evening and since the Dutch’s departure was due the next afternoon, we decided to spend our last evening in Künstler, a bar with a very individual atmosphere and talked and ate and drank till the sun set.

On Friday we took the bus to Oberstdorf and visited the ski-jumping arena there. We learned a lot about ski-jumping and what problems are caused by the climate changing. In the end of the excursion we took the elevator to the top of the ski-jump and enjoyed a wonderful view. 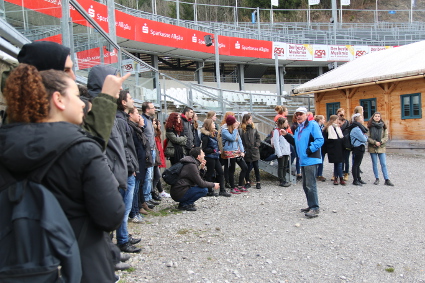 Afterwards we walked to the "Wannenkopfhütte" to have lunch there. We plowed our way through a lot of snow and when we finally arrived at the hut, everyone was very wet. 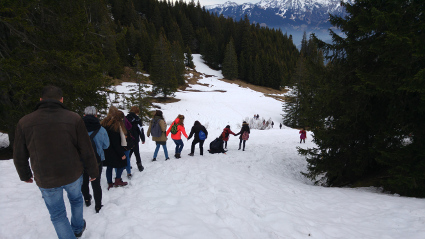 But although there was more snow than we expected, we enjoyed the hiking very much and the "Kässpatzen" (a typical bavarian food) we had, were also very good. 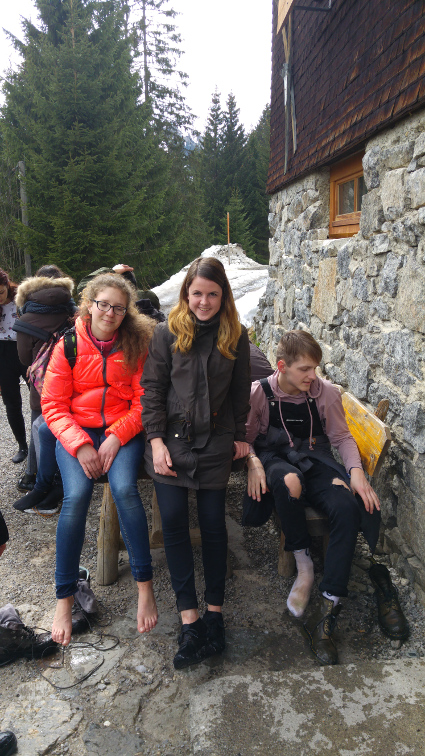 In the evening our exchange partners from the Netherlands had to leave. It was very sad and everyone had to cry when we said good bye at the train station.